Orcs are monsters, bred for violence, predisposed to act with brutality and hate. They lack morals, empathy and intelligence. They are the slaves of the supernatural world, tools of war and torture.

But history is written by the victor, by the powerful. And the orcs have never been that. They have never known peace or safety. What would the freedom to choose their own path mean for the orcs?

What would a woman who, by her very nature, could give them the chance to live free mean to them? Would they take her freedom to keep her? Would they give her a choice? This is her story – and their

The Most Wished For book in the Fiction Writing Reference category on Amazon is Writing Fiction for Dummies, the complete guide for writing and selling your novel.

Designing Web & Mobile Graphics provides foundational methodology for optimal use of graphics that begins with HTML and CSS, and delves into the worlds of typography, color, transparency, accessibility, imagery, and layout for optimal delivery on all the different devices people use today.

A collection of over 50 true stories, fictional short stories, and poems by 37 writers whose work is distinguished by honesty and vulnerability, combined with encouragement and hope.

When marine engineer and very part-time spook Tom Dugan becomes collateral damage in the War on Terror, he's not about to take it lying down. Deadly Straits is a non-stop thrill ride, fast-paced, multilayered and gripping.

The 11 Secrets of Getting Published

Learn insider secrets of getting published! Become an author. Hold the book of your heart in your hands for the first time.

Thriving: Trusting God for Life to The Fullest

Thriving equips you to live the abundant life – even in difficult circumstances. Chapters include practical questions for individual study or small group discussion.

You can enjoy a robust faith - one you can share with skeptical friends - by learning the "Twenty Arrows of Truth," including evidence from science, logic, history, archaeology, the Bible, and more. Experience a confident faith - today!

Sometimes the choices we make in life have devastating consequences. Based on a true story, Nora is a 1960s French Cajun housewife who trains as a pilot. Dynamics collide when an ilicit affair produces a child and a choice.

Twenty years ago, politicians used the threat of non-human life as a political ploy to avert widespread discontent – and was taught that there are aliens. What they had thought were witches and vampires, elves and brownies turned out to be visitors from other planets and their governments demanded justice.

One of these visitors was Sebastian Kel Rejar, then a young, traumatised boy who saw his father die in the concentration camps and his mother slowly go insane. He survived and rescued by his powerful grandfather grows up far away from Earth, even though he cannot forget what has been done to him. He also cannot forget Alana, the young foster child, left behind that night when the soldiers came for his family.

He returns to a reparation savaged Earth a powerful trade mogul, enjoying luxuries humanity has long since lost under the sanctions imposed on them. When he is asked by the US government to intercede in the Galactic trade talks on Earth’s behalf he is amused and has no qualms to turn them down – that is until the government dangles a prize under his nose. Alana.

But the child he knew is no child anymore – and she has more secrets than the universe. Through betrayal and pain he finds the child he misses in a women he cannot help loving.

The Most Wished For book in the Fiction Writing Reference category on Amazon is Writing Fiction for Dummies, the complete guide for writing and selling your novel. 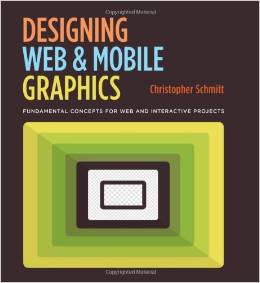 Designing Web & Mobile Graphics provides foundational methodology for optimal use of graphics that begins with HTML and CSS, and delves into the worlds of typography, color, transparency, accessibility, imagery, and layout for optimal delivery on all the different devices people use today.